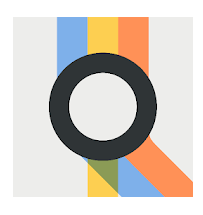 Mini Metro is a game about designing a subway map for a growing city. Draw lines between stations and start your trains running. Keep your routes efficient by redrawing them as new stations open. Decide where to use your limited resources. How long can you keep the city moving?

• Random city growth means each game is unique
• Eighteen real-world cities will test your planning skills
• A variety of upgrades so you can tailor your network
• Normal mode for quick scored games, Endless to relax, or Extreme for the ultimate challenge
• Compete against the world every day with the Daily Challenge
• Colorblind and night modes
• Responsive soundtrack created by your metro system, engineered by Disasterpeace

“If you love city-planning … but can’t handle the pressure of playing god, then you may have just found your new favorite time-waster.” Ashley Feinberg, Gizmodo

“Take my word for it that a game about mass-transit system design can be a tense, white-knuckle thriller” – Owen Faraday, Pocket Tactics

• London, 1960: Nearly 30 years since his revolutionary first map, Harry Beck created his last vision of the underground in 1960.
• New York City, 1972: Inspired by the iconic London map, Massimo Vignelli produced this modernist interpretation of the MTA.
• Paris, 1937: In contrast to the sleek modern design, the elegant Seine dances through Paris in this pre-war map.
Deliver 1000 passenger in normal or extreme mode on any of these cities to unlock their alternate maps.